Greetings, Please join us at RUSTY'S on 16 March 2022 @ 6PM when Professor Tim Sherwood will honor us with a “look to the future” talk on Temporal Computing. 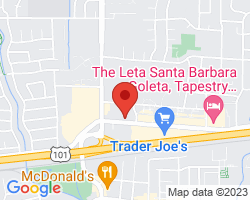 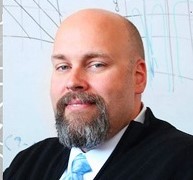 When we think of normal combinational digital logic, propagation time is this "extra thing" we must fight against to get our computation done efficiently.  Rather than fight against it, what if we could instead twist this delay into something actually useful?  Indeed, what if nature already does exactly this computational judo?  Over the past several years our labs have been developing a new foundation for computation based entirely on controlled signal delay that operates through the application of simple but powerful temporal operators (similar in spirit to AND, OR, and NOT but operating instead through signal delay alone).  While such an idea is theoretically interesting, we have now shown it is actually also surprisingly efficient in practice.  Drawing insights from programming languages, machine learning, circuit design, information theory, cognitive science, and formal methods, we describe a new and energy efficient method of temporal computation based on MIN, MAX, INCREMENT, and INHIBIT that appears to both match closely with edge and pulse based forms of computing and have natural application in common learning and classification tasks.  While near term, we have shown that this leads to efficient implementations under traditional technologies, our most recent work has now shown there appears to be even more opportunities for temporal-coded logic to be realized in superconducting logic.  This is joint work between UC Santa Barbara (CS and ECE), Lawrence Berkeley National Laboratory, MIT Lincoln Laboratory, and the National Institute of Standards and Technology.

Dr. Timothy Sherwood is a Professor of Computer Science, an affiliate of Electrical and Computer Engineering, and a member of the Institute for Energy Efficiency at UC Santa Barbara specializing in the development of processors exploiting novel technologies or provable properties. In 2013 he co-founded Tortuga Logic to bring rich security analysis to the hardware and embedded system design processes. He is a recipient of the UCSB Academic Senate Teaching and Mentoring Awards, the ACM SIGARCH Maurice Wilkes Award, an ACM Distinguished Scientist, an IEEE Fellow, and co-recipient of 17 different "best paper" or "top pick" article awards.  Prior to joining UC Santa Barbara he received his B.S. from UC Davis (1998), and M.S. and Ph.D. from UC San Diego (2003) all in Computer Science and Engineering..