This lecture covers some very inetersting thoughts and experienced overview of ever interesting space technology challenges and corresponding practical aspects in solving it, presented by two distuinguished and experienced scientists, prof. Slobodan Danko Bosanac from Adriatic Aerospace Association (A3) and its colleague Zdenko Uvalić from Airbus.

The lecture is divided into two part where first talk will be devoted to space technology challenges with practiacal examples in efforts to make and launch first Croatian satellite Perun 1, and the second, experience-rich talk from mr. Uvalić on spacecrafts managing in general, i.e. spacecraft accommodation challenges with overview on the functional subsystems, environmental loading on spacecraft during flight and in orbit and qualification and verification philosophy of space components and systems. The concludal part of lecture will give an overview of cubesat Perun 1p – first Croatian satellite.

The lecture will be held virtually, for all audience and presenters, and it is publicly available with no restriction nor pre requirements whatsoever.

You can join to this interesting lecture via Zoom platform on: 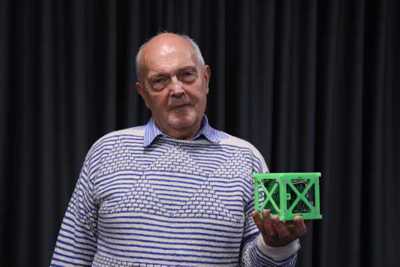 Challenges of space technology and science

Although we are witnessing great successes in conquering space, there are still many challenges that need to be addressed in order to really say "we have entered the space age". Since going into Earth orbit, orbiting and traveling into deep space is fraught with challenges that science and technology must address. Drive, communication and navigation are the three basic elements of the prerequisites for orbit and deep space, with the exception of man as a passenger. Closely related to them is the fundamental ingredient without which one cannot plan to go into space: energy. The challenges that must be solved for these elements of travel will be discussed in the lecture, and the project 2U CubeSat Perun I, Croatian Satellite, was taken as a sample.

Slobodan Bosanac is the president of the Adriatic Aerospace Association and an external advisor to the Ruđer Bošković Institute. He has extensive experience in scientific projects and leading professional societies (Croatian Astronomical Society, Adriatic Aerospace Association). He dealt with theoretical modeling of molecular collision experiments, energy transfer in molecular collisions, electromagnetic and gravitational interactions. He has led several major European projects (NSF, DFG, British Council) as well as a collaborator on an ESA-funded project. CubeSat Perun project manager. He is the author of more than 100 scientific papers with over 1000 citations and 3 books by one author and one with a co-author, from the domain of his scientific expertise. Slobodan Bosanac is the winner of two State Awards for Science. 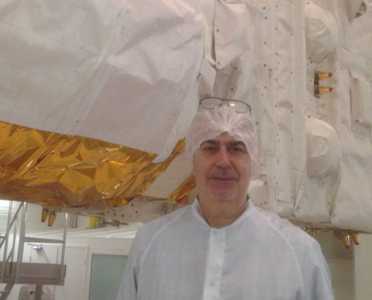 Spacecraft are subject to intense dynamic environments during launch, which induce high levels of vibration in structural elements and equipment of spacecraft mounted on the top of the rocket. During the short flight through atmosphere there are various flight events that generated environmental loads on the spacecraft.  A spacecraft has to be designed and robust to sustain those violent events and reliably work in space. The environments has to be simulated on ground to ensure spacecraft structural integrity and in orbit, years long, functional reliability.

This short presentation will take us on journey to understand flight environmental loads, in orbit thermal environments and hazards. Generic spacecraft subsystems accommodation challenges and its principal functionality will be discussed as well.

Zdenko Uvalic, BEng, Aerospace Eng (Hons.), CEng (MImechE) studied Aerospace Engineering at Kingston University, United Kingdom, where he earned his degree with honours. Between 2001 -2007 he worked at EADS Astrium as a Principal Stress Engineer responsible for all the structural and design aspects of antenna mechanical assemblies on commercial telecommunication satellite. In 2007 he joined EADS Astrium’s Earth Observation Navigation & Science Division where he worked on ExoMars rover programme as a Structural Architect responsible for design test and validation of structural subsystems. Between 2009-2013 he was accountable for all technical and design aspects of Sentinel 5p spacecraft’s structural and mechanical subsystems architecture. He received an award for an exceptional contribution to the project.

He is a charted engineer and member of Institute of Mechanical Engineers in the UK.