The Colloquia Roberto Tempo in Automatica are dedicated to the memory of our friend and colleague Roberto, who passed away suddenly in 2017 during a ski mountaineering trip in the Alps. Roberto always believed in importance of sharing and disseminating results in his community.

Roberto was an extraordinary communicator. His talks were always clear and highly inspiring. As an author of scientific contributions, he spent an incredible amount of time making sure that his papers were accurate and easily accessible.

The colloquia are general seminars held by renowned scientists. They range over all aspects of systems and control, and on interdisciplinary subjects where control plays a fundamental role. They aim to contribute at the cultural atmosphere of our Institute, so offering young people the opportunity to be exposed to the teaching of internationally known scholars working in different research areas.

The colloquia are organized by the Information & Systems Engineering (ISE) group of IEIIT CNR. To allow a broader audience, the seminar will be streamed online.

After a two-year stop due to pandemic, the colloquia series will restart this year with renovated energy. Moreover, starting this year, the Colloquia will be a special event in the context of the freshly instituted  IEEE CSS Day.

The third colloquium will be held on October 19 by Prof. Tamer Basar, Swanlund Endowed Chair Emeritus and CAS Professor Emeritus of ECE, University of Illinois Urbana-Champaign.

A light buffet (aperitivo) will be offered after the Colloquium. 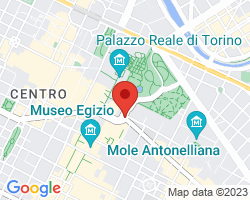 Abstract. Perhaps the most challenging aspect of research on multi-agent dynamical systems, formulated as non-cooperative stochastic differential/dynamic games (SDGs) with asymmetric dynamic information structures, is the presence of strategic interactions among agents, with each one developing beliefs on others in the absence of shared information. This belief generation process involves what is known as second-guessing phenomenon, which generally entails infinite recursions, thus compounding the difficulty of obtaining (and arriving at) an equilibrium. This difficulty is somewhat alleviated when there is a high population of agents (players), in which case strategic interactions at the level of each agent become much less pronounced. With some structural specifications, this leads to what is known as mean field games (MFGs), which have been the subject of intense research activity during the last fifteen years or so.

The talk will first provide a general overview of fundamentals of MFGs approach to decision making in multi-agent dynamical systems in both model-based and model-free settings, and discuss connections to finite-population games. Following this general introduction, the talk will focus, for concrete results, on the structured setting of discrete-time infinite-horizon linear-quadratic-Gaussian dynamic games, where the players are partitioned into finitely-many populations with an underlying graph topology---a framework motivated by paradigms where consensus and dissensus co-exist. In this formulation, each population has a high number of indistinguishable agents, but there is no indistinguishability across different populations. It is possible to characterize the Nash equilibrium (NE) of the underlying game when the number of agents in each population goes to infinity, the so-called mean-field equilibrium (MFE), with only local state information for each agent, which can then be shown to lead to an approximate NE when the population sizes are finite, with a precise quantification of the approximation as a function of population sizes. For the model-free versions of such games, a reinforcement learning algorithm will be introduced based on zero-order stochastic optimization, for computation of the MFE, along with guaranteed convergence. The talk will also address derivation of a finite-sample bound, quantifying the estimation error as a function of the number of samples, and will conclude with a discussion of some extensions of the general setting and future research directions.

Tamer Basar has been with University of Illinois Urbana-Champaign since 1981, where he is currently Swanlund Endowed Chair Emeritus; CAS Professor Emeritus of ECE; and Research Professor, CSL and ITI. He has served as Director of the Center for Advanced Study (2014-2020), Interim Dean of Engineering (2018), and Interim Director of the Beckman Institute (2008-2010). He is a member of the US National Academy of Engineering; Fellow of IEEE, IFAC, and SIAM; and has served as presidents of the IEEE Control Systems Society (CSS), the International Society of Dynamic Games (ISDG), and the American Automatic Control Council (AACC). He has received several awards and recognitions over the years, including the highest awards of IEEE CSS, IFAC, AACC, and ISDG, the IEEE Control Systems Technical Field Award, Wilbur Cross Medal from his alma mater Yale, and a number of international honorary doctorates and professorships. He was Editor-in-Chief of the IFAC Journal Automatica between 2004 and 2014, and is currently editor of several book series. He has contributed profusely to fields of systems, control, communications, optimization, networks, and dynamic games, and has current research interests in stochastic teams, games, and networks; multi-agent systems and learning; data-driven distributed optimization; epidemics modeling and control over networks; strategic information transmission, spread of disinformation, and deception; security and trust; energy systems; and cyber-physical systems