There will be drinks, food, suveniers, and more importantly, an opportunity for networking. 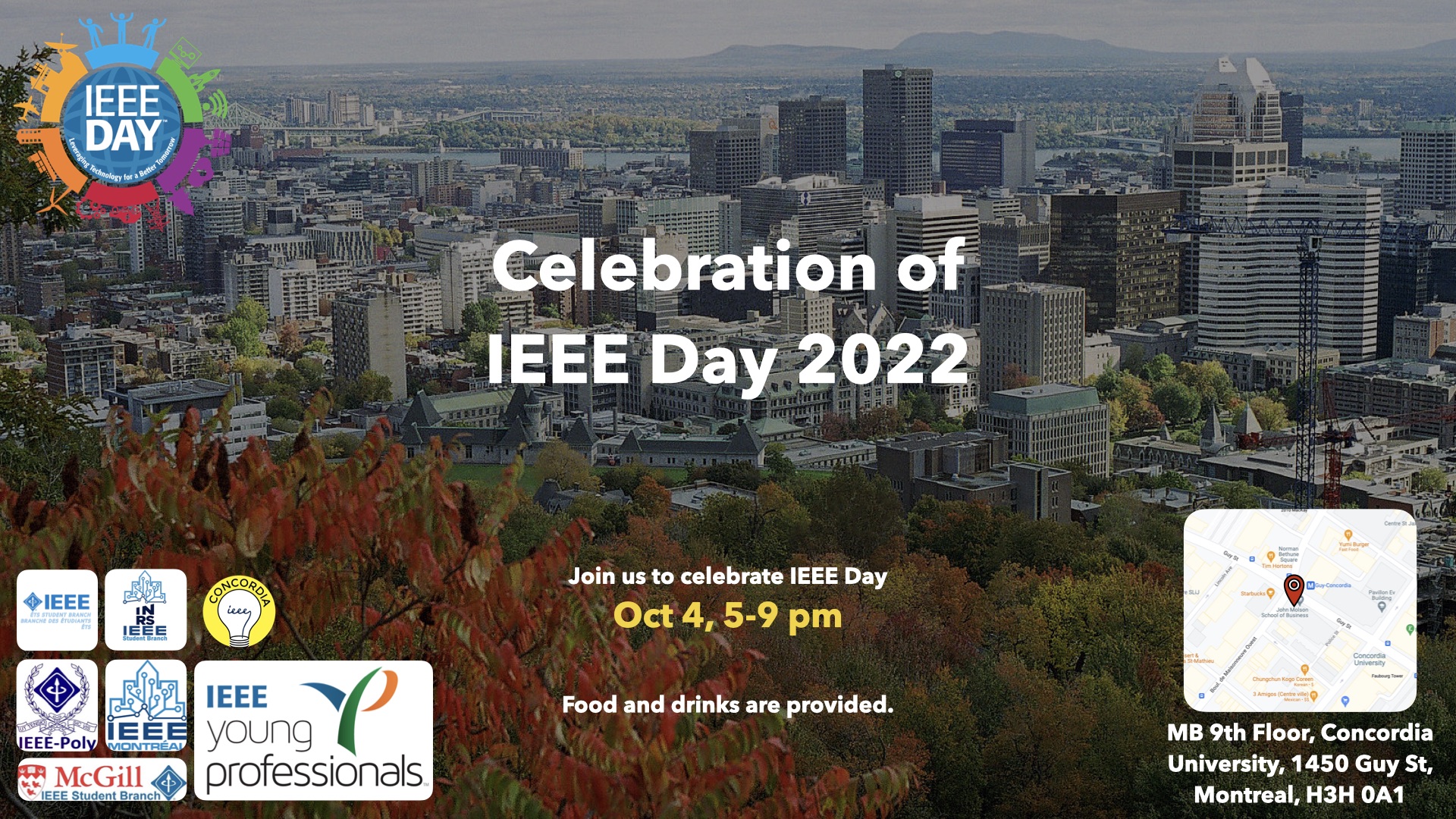 Join the celebration around the world!

Every year, IEEE members and none-members from all IEEE Sections, Student Branches, Affinity groups, and Society Chapters join hands to celebrate IEEE Day. Events happen both virtually and in person. IEEE Day celebrates the first time in history when engineers worldwide gathered to share their technical ideas in 1884.

After almost two years of holding the IEEE Day celebration virtual, we are pleased to announce that this year we will hold this event in person and we are very excited to meet our volunteers in the Montreal section. Reserve your seat right now! 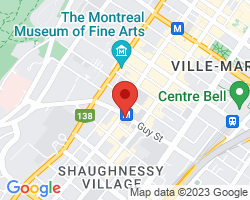 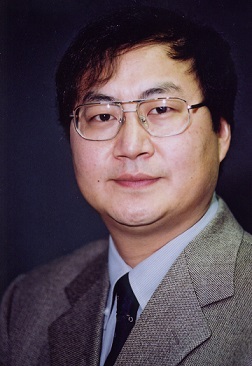 Dr. Ke Wu is Endowed Industrial Research Chair in Future Wireless Technologies and Professor of Electrical Engineering at Polytechnique Montréal, where he is the Director of the Poly-Grames Research Center. He was the Canada Research Chair in RF and millimeter-wave engineering and the Founding Director of the Center for Radiofrequency Electronics Research of Quebec. He held/holds visiting/honorary professorships at various universities around the world. Dr. Wu has graduated over 74 Ph.D. and 95 M.Sc. Students. He has authored/co-
authored over 1400 referred papers, and a number of books and book chapters and filed more than 50 patents. Dr. Wu was the general chair of the 2012 IEEE MTT-S International Microwave Symposium. He was the 2016 President of the IEEE Microwave Theory and Techniques Society (MTT-S). He also served as the inaugural North-American
representative in the General Assembly of the European Microwave Association. He was the recipient of many awards and prizes including the inaugural IEEE MTT-S Outstanding Young Engineer Award, 2004 Fessenden Medal of the IEEE Canada, 2009 Thomas W. Eadie Medal from the Royal Society of Canada, Queen Elizabeth II Diamond Jubilee Medal, 2013 Award of Merit of Federation of Chinese Canadian Professionals, 2014 IEEE MTT-S Microwave Application Award, the 2014 Marie-Victorin Prize (Prix du Quebec), 2015 Prix d’Excellence en Recherche et Innovation of Polytechnique Montréal, 2015 IEEE Montreal Section Gold Medal of Achievement, 2019 IEEE MTT-S Microwave Prize, and 2021 EIC Julian C. Smith Medal. He was an IEEE MTT-S Distinguished Microwave Lecturer. Dr. Ke Wu is a Fellow of the IEEE, Canadian Academy of Engineering and Royal Society of Canada. 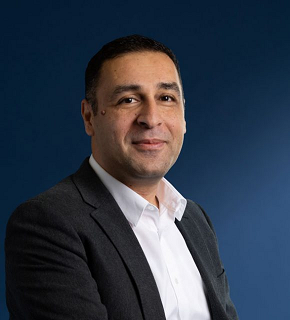 Tarek Djerafi (Member, IEEE) received the B.Sc. degree from the Institut d’Aeronautique de Blida, Blida, Algeria, in 1998, and the M.A.Sc. and Ph.D. (Hons.) degrees in electrical engineering from the École Polytechnique de Montréal, Montreal, QC, Canada, in 2005 and 2011, respectively. He was an EMC Expert with SCP SCIENCE, Montreal, from 2010 to 2011, and a Postdoctoral Fellow with INRS-EMT, Montreal, from 2012 to 2014, and École Polytechnique de Montréal from 2014 to 2015. He was a Research Associate with the Poly-Grames Research Center, Montreal, from 2015 to 2016. He is currently an Assistant Professor with the Énergie Matériaux et Télécommunications, Institut National de Recherche Scientifique, Montreal. His current research interests include the telecommunication antennas, beam-forming network, RF/millimeter-wave/terahertz components, and systems design.