The Montreal Chapters of the IEEE Control Systems (CS) and Systems, Man & Cybernetics (SMC) cordially invite you to attend the following in-person talk, to be given by Dr. Erik I. Verriest, Georgia Institute of Technology, USA, on September 29th, 2022, at 2:30 PM. 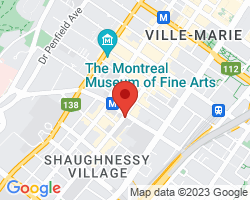 Problems of locomotion typically encounter switching between gaits. In many applications, it is desirable to make such transitions between modes or gaits inconspicuous and graceful. This is achieved by keeping the typical behavior of the system as persistent as possible. It is shown that this problem can be defined in a more abstract sense, and therefore generalized to a new class of problems, called ``maximum persistence of behavior.” In this presentation, I will give a precise definition of this concept, for signals and for systems, and illustrate some applications from thermodynamics to signal study and robotics. I will also introduce the dual problem of filtering in the context of “maximal persistence of behavior.” The results stem from joint work with Deryck Yeung (Trinity University, San Antonio, TX), Basit Memon (Habib University, Karachi, PK), and Vishal Murali (now at NVIDIA) while at Georgia Tech. The paradigm starts by defining typical behaviors in the framework initiated by J.C. Willems. Gluing two typical signals or typical system behaviors requires connections (raccordations) that belong to a larger class of behaviors but are locally close to the typical behaviors. Solutions with persistent behavior are then sought via optimization for a kernel or an image problem. This solution encapsulates the controllability problem of Willems, morphing theory in image analysis, object shaping, quasi-stationary transitions from thermodynamics, and orbit transfer problems, and can be characterized in a geometric way. In the robotics framework, obvious applications are in gait transitions for biomimetic robots as when switching from walking (e.g., while inspecting) to running (evasion), or a gait transition necessitated by a change in terrain (solid, muddy, or granular). In particular, I will discuss a method of smoothly connecting periodic orbits of systems. We first deal with the case when the periodic signals to be connected are of the same period and then move on to discuss the case of different periods, requiring in addition a frequency warping.

Dr. Erik I. Verriest received the degree of 'Burgerlijk Electrotechnisch Ingenieur' from the State University of Ghent, Ghent, Belgium in 1973, and the M.Sc. and Ph.D. degrees from Stanford University in 1975 and 1980, respectively. He was employed by the Control Systems Laboratory and the Hybrid Computation Centre, Ghent, Belgium, where he worked on process simulation and control in 1973-74. His doctoral research at Stanford was on the algebraic theory and balancing for time varying linear systems and array algorithms. He joined the faculty of Electrical and Computer Engineering at Georgia Tech in 1980. He spent the 1991-92, 1993-94 and 1994-95 academic years at Georgia Tech Lorraine. He has contributed to the application of the theory of systems over finite fields in cryptography, data compression, sensitivity analysis of array algorithms with applications in estimation and control, algorithms for optical computing. More recently he contributed to the theory of periodic and hybrid systems, delay - differential systems, model reduction for nonlinear systems, and control with communication constraints. He served on several IPC's and is a member of the IFAC Committee on Linear Systems.