The Origin and Development of Satellite Networks

Abstract: Satellite networking has significant advantages in providing the global coverage. Generally, there are three kinds of satellites according to their orbit height including Geosynchronous Earth Orbit (GEO) Satellites, Medium Earth Orbit (MEO) Satellites, and Low Earth Orbit (LEO) Satellites. Among them, the LEO satellites have the advantage of low latency, and the LEO constellation has become one of the frontier research topics in recent years, such as Starlink, OneWeb, Hongyan, and so on. These novel plans promise affordable solutions to provide the global broadband access, Internet of Things (IoT) services, and mobile communication services. The technologies above can be applied in the context of sparsely populated areas such as oceans and deserts, and it can also be utilized in the disaster areas whenever communication infrastructures are being destroyed.

The conventional LEO constellation usually relies on the ground station to achieve the global networking. However, this requires global ground station deployment, which is usually constrained by many factors. Therefore, networking over inter-satellite links becomes a promising solution. To achieve this objective, several technical challenges need to be tackled. Especially the amount of the networked satellites can be scaled up to tens of thousands within a routing domain, and the dynamics of the inter-satellite topology and the dynamics among satellites and ground stations exacerbate the challenges. Moreover, how to achieve the flexible scheduling in the network to serve unevenly distributed services is also an emerging challenge.

In this talk, I will introduce the historical and background knowledge of satellite communication and networking as well as some use cases and their associated solutions. Moreover, I will present some of my current research works, with an introduction to our research group at the Beijing University of Posts and Telecommunications.

Biography: Ran Zhang received his doctoral degree in information and communication engineering from the State Key Laboratory of Networking and Switching Technology, BUPT. He is currently working as a postdoc research fellow at the BUPT. His research interests include satellite networking, caching, computing, communication integration, and network artificial intelligence. He has published over 15 papers including IEEE JSAC, TWC, Network, etc. He received the Best Student Paper award in IEEE HotICN’20. He serves as the reviewer for IEEE TWC, China Comm., CMES, JCIN, ICC, etc. He has also served as the TPC member of IEEE Globecom, ICC, HotICN, WCNC, and Advances in Networking. He has rich experience in the industry. 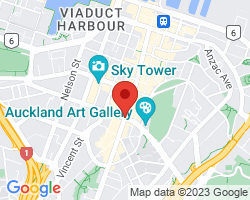