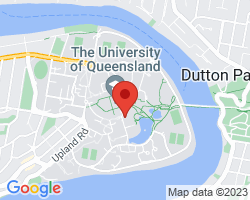 Hamid Krim (F) received his degrees in Electrical Engineering. As a member of technical staff at AT&T Bell Labs, he has worked in the area of telephony and digital communication systems/subsystems. In 1991, he became a NSF Post-doctoral scholar at Foreign Centers of Excellence (LSS Supelec/Univ. of Orsay, Paris, France). In 1992, he joined the Laboratory for Information and Decision Systems, MIT, Cambridge, MA, as a Research Scientist performing/supervising research in his area of interest. In 1998, he joined the Electrical and Computer Engineering Department at North Carolina State University, Raleigh, N.C., where he is currently Professor and directing the Vision, Information, Statistical Signal Theories and Applications (VISSTA) Laboratory. Dr. Krim’s editorial activities include: Editorial Board Member, IEEE Transactions on Signal Processing (2002-2004); Editorial Board Member, IEEE Signal Processing Magazine (2014). Dr. Krim is an IEEE Fellow and was a Fellow, Japanese Foundation for the Advancement of Research in Science and Engineering at the University of Tokyo, Japan. Dr. Krim is a Member of SIAM and of Sigma Xi. He is an original contributor and now an Affiliate of the Center for Imaging Science, sponsored by the Army. He is a recipient, NSF Career Young Investigator Award. Dr. Krim’s research interests are in statistical signal processing and mathematical modeling with a keen emphasis on applications. He has been particularly interested in introducing geometric and topological tools to statistical signal processing problems and applications. His research has primarily centered on estimation theoretic problems and modeling. Dr. Krim has published extensively on these areas with an impact amounting to over 5000 citations to date.