As the energy transition picks up pace, and renewables are being built in larger capacities and more remote locations, HVDC transmission technologies is poised to play a vital role in integrating these clean energy resources into the existing grid. Particularly in offshore applications, the use of submarine cables means that HVDC is a preferable alternative to AC at much shorter distances than in onshore applications where overhead lines can be used. Because the power electronics used to convert AC to DC uses air as an insulating medium, offshore HVDC converter station platforms are bulky and thus costly components. Compact gas insulated HVDC switchgear has recently been developed which reduces the volumetric space requirements of the HVDC switchyard by 90%, realizing up to 10% total cost savings. Unclarity and a lack of standards regarding the approach towards qualifying cable sealing end (i.e. cable termination) technology, has hampered the uptake of such GIS. CIGRE joint working group B1/B3/D1.79 has characterized the electro-thermal stresses experienced by these components, and used this as a based to compare existing test recommendations for both HVDC GIS as well as HVDC cables, to develop a recommendation towards testing HVDC GIS cable connection assemblies. This webinar will give an overview of HVDC GIS cable connection assembly technology, its applications, its thermo-electric performance, and preliminary recommendations towards dielectric testing.

Join on your computer, mobile app or room device

Join with a video conferencing device

Or call in (audio only) 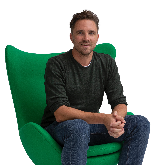 Cornelis Plet is an expert in HVDC Technologies & Offshore Power Systems and currently VP of Power Systems Advisory at DNV. He was most recently technical coordinator of the European Union funded 'Progress On Meshed HVDC Offshore Transmission Grids' (PROMOTioN). As part of PROMOTioN, he led the development and validation of a high power HVDC circuit breaker test environment. He has extensive experience in failure investigations of cables and substation equipment. He holds an MEng in electrical engineering and a Ph.D in Fault Behaviour of Power Electronics in Power Systems, both from Imperial College London.