25 Years of Audio Coding: How we arrived at audio playback on iPhone and its underlying technology

This lecture presents the 30-year history of audio coding technology. Focusing on MPEG Audio Coding that is the most widely used international standard in our daily life, some important techniques we contributed are explained along the history. Recent standardization activities are briefly touched to show the unlimited potential of audio coding. An encounter of the Silicon Audio, developed in 1994 and the real ancestor of iPod, is the highlight of this lecture, which cannot be experienced elsewhere. The audience will see how iPod started its function 20 years ago.

Biography: Akihiko Sugiyama (a.k.a. Ken Sugiyama), affiliated with NEC Information and Media Processing Labs., has been engaged in a wide variety of research projects in signal processing such as audio coding and interference/noise control. His team developed the world's first Silicon Audio in 1994, the ancestor of iPod. He served as Chair of Audio and Acoustic Signal Processing Tech. Committee, IEEE Signal Processing Society (SPS) [2011-2012], as associate editors for several journals such as IEEE Trans. SP [1994-1996], as the Secretary and a Member at Large to the Conference Board of SPS [2010-2011], as a member of the Awards Board of SPS [2015- ], and as the Chair of Japan Chapter of SPS [2010-2011]. He was a Technical Program Chair for ICASSP2012. He has contributed to 16 chapters of books and is the inventor of over 150 registered patents with more pending applications in the field of signal processing in Japan and overseas. He received 13 awards such as the 2002 IEICE Best Paper Award, the 2006 IEICE Achievement Award, and the 2013 Ichimura Industry Award. He is Fellow of IEEE and IEICE, and a Distinguished Lecturer for IEEE SPS. He is also known as a big host for a total of over 70 internship students. 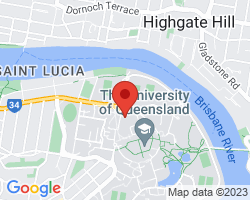