The talk is be co-hosted by the Dalhousie Computer Science Department.

Coffee and light snacks will be provided (bring your own lunch if desired). 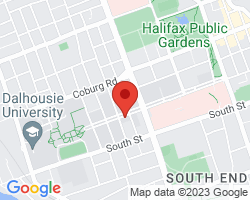 The functionality of routers inside the Internet continues to grow and already includes complex protocol processing operations for content adaptation, security, and network management. In the future Internet, this diversity of functionality will expand to encompass the entire protocol stack. Implementing such network customization fundamentally requires programmability in the data plane and multi-core embedded processor systems that can perform packet processing at high data rates. In this presentation, Dr. Wolf discusses his research group’s recent work that illustrates the challenges in providing security in these systems. He provides an example that shows how vulnerable packet processors can be attacked through the data plane of the network. Using hardware monitors, the team has developed an effective defense mechanism against such attacks. Dr. Wolf explains how this work is also applicable to securing general-purpose embedded processing systems.

Dr. Wolf is engaged in research and teaching in the areas of computer networks, computer architecture, and embedded systems. His research interests include Internet architecture, network routers, and embedded system security. He was lead principal investigator on the ChoiceNet project, one of five large NSF Future Internet Architecture (FIA) projects. He is co-author of the book "Architecture of Network Systems" and has published extensively in peer-reviewed journals and conferences. His research has been supported by grants from NSF, DARPA, and industry. He has taught numerous courses on computer networks, embedded systems, programming, and digital design.

Dr. Wolf is a senior member of the IEEE and the ACM. He is an IEEE Distinguished Lecturer. He is associate editor for IEEE Micro and steering committee member and past chair of the IEEE/ACM Transactions on Networking. He has been active as program committee member and organizing committee member of several professional conferences, including IEEE INFOCOM and ACM SIGCOMM. He has served as TPC chair and general chair for ICNP 2013, ANCS 2011 and 2012, and ICCCN 2009 and 2010. He served as treasurer for the ACM SIGCOMM society from 2005 to 2013. At the University of Massachusetts, he received the College of Engineering Outstanding Junior Faculty Award in 2006, the College of Engineering Outstanding Teacher Award in 2008, and the IEEE/HKN Student Branch Outstanding Faculty Award in 2010.