IEEE Comsco Distingushed Lecture on "DoS in VANETs an issue or a fatality?"

IEEE Comsco Distingushed Lecture on "DoS in VANETs an issue or a fatality?" 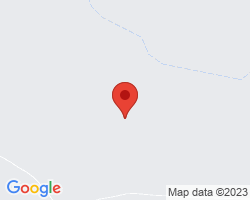 Prof. Ben-Othman of University of Paris

DoS in VANETs an issue or a fatality?

In recent years, there have been growing interest and research efforts in the area of Vehicular Ad-hoc Networks (VANET). This is due to the ability of those networks to make an interface between the driver and the vehicle, and allow to improve the security of passengers. Even if VANETs have many advantages as easy deployment, user mobility and provide network access to users regardless to their locations, they suffers form security issues and specifically to Denial of Service (DoS). Thus, most critical problems that arise in those networks are on the resource allocations as the bandwidth is limited, the propagation (multi-path, fading, distortion) and security since communications are transmitted over radio waves. In this talk I will present issues about availability problem in those networks and architecture, new works to fix this problem will be presented as well and several directions will be given.

Prof. Ben-Othman received his B.Sc. and M.Sc. degrees both in Computer Science from the University of Pierre et Marie Curie, (Paris 6) France in 1992, and 1994 respectively. He received his PhD degree from the University of Versailles, France, in 1998. He was an Assistant Professor at the University of Orsay (Paris 11) and University of Pierre et Marie Curie (Paris 6), in 1998 and 1999 respectively. He was an Associate Professor at the University of Versailles from 2000 to 2011. He is currently full professor at the University of Paris 13 since 2011. Dr. Ben-Othman’s research interests are in the area of wireless ad hoc and sensor networks, Broadband Wireless Networks, multi-services bandwidth management in WLAN (IEEE 802.11), WMAN (IEEE 802.16), WWAN (LTE), VANETS, Sensor and Ad Hoc Networks, security in wireless networks in general and wireless sensor ad hoc networks and vehicular ad hoc Networks. His work appears in highly respected international journals and conferences, including, IEEE ICC, Globecom, LCN, MSWIM, VTC, PIMRC etc. He has supervised and co-supervised several graduate students in these areas. He is widely known for his work on wireless ad hoc and sensor Networks, in particular, security. He was the secretary and he is currently Vice chair of the IEEE Ad Hoc and sensor networks technical committee since January 2012. He is IEEE Communications Society distinguished lecturer since January 2015 and a member of the IEEE Communications Society technical service board since January 2016.

Prof. Ben-Othman of University of Paris

DoS in VANETs an issue or a fatality?