The Banquet will feature Dr. Marlon Lewis as our keynote speaker, speaking about "Estimating the Past, Current, and Future State of the Ocean".  The keynote talk is co-sponsored by the Oceanic Engineering Society chapter, and special pricing for the banquet is available to OES members and student members.

The section will present our annual awards as we celebrate our 50th year.  We will also recognize the many past volunteers that have been involved in the section. 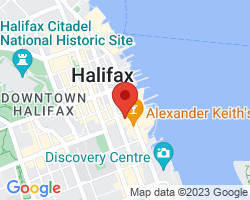 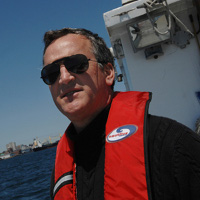 Estimating the Past, Present and Future State of the Ocean

Dr. Lewis is a recipient of the Lindemann Award from the American Society for Limnology and Oceanography, a Special Outstanding Achievement Award from NASA, a Killam Prize from Dalhousie University, and a Poste Rouge from the French Centre Nationale de Recherche Scientifique. His research interests span a broad range of oceanographic areas from upper ocean physics to phytoplankton ecology and bio-optical oceanography. He was named Entrepreneur of the Year in the Technology category in Atlantic Canada, was named as one of the Top 50 CEOs in Atlantic Canada and is a Fellow of the Oceanography Society. He holds adjunct appointments at the Bigelow Laboratory for Ocean Sciences, and the Ocean University of China. Dr. Lewis has published over 130 peer-reviewed scientific publications, and serves on numerous advisory councils to organizations and governments in Canada, the United States, Europe, and Asia. 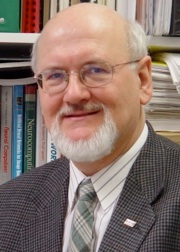 Witold Kinsner is Professor and Associate Head in the Department of Electrical and Computer Engineering at the University of Manitoba. He is also Affiliate Professor at the Institute of Industrial Mathematical Sciences and Adjunct Scientist at the Telecommunications Research Laboratories, TRLabs. Earlier in his career, Witold co-founded the first Microelectronics Centre in Canada, located in Winnipeg, and served as its Director of Research for eight years; he was also affiliated with McGill University, McMaster University and the University of Silesia, Poland. His research interests are related to the development of robust algorithms and computing engines for signal and data compression. He also teaches undergraduate courses in microprocessor and microcontroller interfacing and digital systems design, graduate courses on fractal and chaos engineering, signal and data compression, and switching and automata theory. He has authored over 500 publications, including nearly 300 conference papers and 9 patents. Witold Kinsner has served the IEEE for over 30 years as, among others, Winnipeg Section Chair, Computer Chapter Chair, and Co-editor of the Canadian Journal of Electrical and Computer Engineering. He is a member of many boards and committees in professional organizations and has mentored young people regarding careers in technology.

8:45 - 50th Anniversary presentation, recognition of past volunteers, and section awards