The Power industry has always had a pressing need for the most economical ways to transfer bulk power along a desired electrical path. Various solutions with attendant costs have been applied depending on the true need. As such power companies are consistently looking for ways to identify underutilized transmission lines and harness their dormant capacity to increase the power flows to optimal limits.

In recent times, more power electronics-based solutions are now been used for greater power flow control on the Electric grid.

Join us as IEEE Distinguished Lecturer, Kalyan Sen, discusses the basic principles of power flow control theory, an overview of the most commonly used power flow controllers for power electronics-based solutions, and future trends in the power industry. 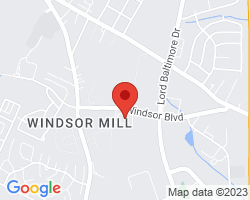 Kalyan Sen is the Chief Technology Officer of Sen Engineering Solutions, Inc. (www.sentransformer.com) that specializes in developing SMART power flow controllers—a functional requirements-based and cost-effective solution. He spent 29 years in academia and industry and became a Westinghouse Fellow Engineer. He was a key member of the Flexible Alternating Current Transmission Systems (FACTS) development team at the Westinghouse Science & Technology Center in Pittsburgh. He contributed in all aspects (conception, simulation, design, and commissioning) of FACTS projects at Westinghouse. He conceived some of the basic concepts in FACTS technology. He has authored or coauthored more than 25 peer-reviewed publications, 8 issued patents, a book and 4 book chapters in the areas of FACTS and power electronics. He is the coauthor of the book titled, Introduction to FACTS Controllers: Theory, Modeling, and Applications, IEEE Press and John Wiley & Sons, Inc. 2009, which is also published in Chinese. He is the co-inventor of Sen Transformer. He received BEE, MSEE, and PhD degrees, all in Electrical Engineering, from Jadavpur University, India, Tuskegee University, USA, and Worcester Polytechnic Institute, USA, respectively. He also received an MBA from Robert Morris University, USA. He is a licensed Professional Engineer in the Commonwealth of Pennsylvania. He is a Distinguished Toastmaster who led District 13 of Toastmasters International as its Governor to be the 10th-ranking District in the world in 2007-8.

Kalyan, a Senior Member of IEEE, has served the organization in many positions. Under his leadership, IEEE Pittsburgh Section and its three chapters (PES, IAS and PELS) received Best Section and Chapter Awards. His other past positions included Editor of the IEEE Transactions on Power Delivery (2002 – 2007), Technical Program Chair of the 2008 PES General Meeting in Pittsburgh, Chapters and Sections Activities Track Chair of the 2008 IEEE Sections Congress in Quebec City, Canada, PES R2 Representative (2010 and 2011) and Member of the IEEE Center for Leadership Excellence (CLE) Committee (2013, 2014). He has been serving as an IEEE PES Distinguished Lecturer since 2002. In that capacity, he has given presentations on power flow control technology more than 100 times in 12 countries. He is an inaugural class (2013) graduate of the IEEE CLE Volunteer Leadership Training (VOLT) program. Kalyan is the recepient of the IEEE Pittsburgh Section PES Outstanding Engineer Award (2004) and Outstanding Volunteer Service Award for reviving the local Chapters of PES and IAS from inactivity to world-class performance (2004). Currently, he is serving as the Awards Chair of the IEEE Pittsburgh Section and Regions 2&3 Coordinator of IEEE Power Electronics Society.

Please RSVP/Register so that we can provide for adequate food!!  Thank you.