As power systems throughout the world continue to utilize DC infrastructure within distributed generation solutions and microgrid designs, an effective DC-DC interfacing power electronic device must be developed for managing power flow and power quality levels between a system’s increasingly diversified array of sources and loads. DC-DC power electronic interfaces are continuing to gain increased attention throughout many distribution applications, including the information and communication technology (ICT), electric vehicle, and renewable generation industries.

The research effort described herein explores the use of a multi-port DC-DC modular multilevel converter interfacing a dual-input connection of a 380 VDC system and a 42.9 VDC/ 40.7 A photovoltaic panel with a 96 VDC output resistive load. Ultracapacitors are used to power-buffer the input signal and in this application, the inherently intermittent solar panel output. This technology represents the merits of utilizing a singular interfacing device to consolidate the flows between joint generation and load, while maintaining stable output power using a modular energy storage solution.

This work details the operation and control of the DC-DC converter and its module-interfaced power buffering solution, and provides design methodologies for the system described. 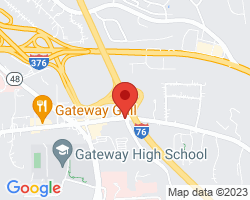 Alvaro Cardoza of University of Pittsburgh

Alvaro Cardoza was born in Pittsburgh, Pennsylvania. Currently, he is pursuing his PhD degree in electrical engineering from the University of Pittsburgh with a concentration in electrical power engineering. He received his B.S. in electrical engineering from the University of Pittsburgh in the spring of 2012. In the summer of 2012, he interned at Bechtel Plant Machinery, Inc. working in the Instrumentation and Controls division. He received his M.S. in electrical engineering in the summer of 2016 with research evaluating the benefits of directly integrating energy storage into DC-DC converters in order to suppress unstable photovoltaic transients. Alvaro's research interests include renewable energy integration, microgrids, and power electronics. Mr. Cardoza is the President of the Engineering Graduate Student Organization, the Graduate Ambassador and former Regional Graduate Representative for the Society of Hispanic Professional Engineers, a graduate student representative on the ECE Graduate Committee, and a member of the Engineering Diversity Graduate Students Association. He is also a student member of the IEEE Power and Energy Society as well as the IEEE Power Electronics Society.

Alvaro Cardoza of University of Pittsburgh