The IEEE Toronto Section and University of Toronto – ECE are inviting all interested IEEE members and other engineers, technologists and students to our Distinguished Lecture:

Driven by higher potency and lower cost/size of devices capable of sensing, actuating, processing and communicating, the Internet of Things and of Everything promises to dramatically increase our ability to embed intelligence in the surroundings. Subnets of simple devices such as RFIDs and tiny sensors/actuators deployed in massive numbers in 2D and complex 3D spaces will be a key aspect of this emerging infrastructure. Most techniques for self-organization, routing and tracking in such networks rely on distances and localization in the physical domain. While geographic coordinates fit well with our intuitions into physical spaces, their use is not feasible in complex environments. Protocols based on geographical coordinates do not scale well to 3D either. We present a novel localization-free coordinate system, the Topology Coordinates (TC).  Interestingly, geographic features such as voids and shapes are preserved in the resulting Topology-Preserving Maps (TPMs) of 2-D and 3-D networks. Ability to specify virtual cardinal directions and angles in networks is a radical change from the traditional approaches.   A novel self-learning algorithm is presented to provide network awareness to individual nodes, a step toward large-scale evolving sensor networks.  Application of TCs to social networking will be illustrated. 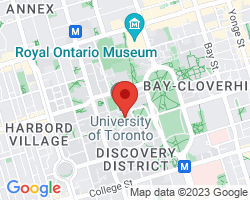 Anura Jayasumana is a Professor of Electrical and Computer Engineering at Colorado State University, where he also holds a joint appointment in Computer Science.    He is the Associate Director of Information Sciences & Technology Center at Colorado State. He is a Distinguished Lecturer of the IEEE Communications Society. His research interests span high-speed networking to wireless sensor networking, and anomaly detection to DDoS defense. He has served extensively as a consultant to industry ranging from startups to Fortune 100 companies.  He received the B.Sc. degree from the University of Moratuwa, Sri Lanka and M.S. and Ph.D. degrees in Electrical Engineering from the Michigan State University. Prof. Jayasumana has supervised 20+ Ph.D.  and 50+  M.S. students,  holds two patents, and is the co-author  over 250 papers. He is the recipient of the Outstanding Faculty Award from the Mountain States Council of the American Electronics Association.