The Cramér-Rao (CR) lower bound is ubiquitous in signal processing and communications, finding application in wireless communications, optical communications, RF engineering, data communications, speech and image processing and biomedical engineering, for example. It is the universal measure of the goodness of an estimator or a predictor in these fields, and it is considered fundamental in mathematical statistics. Of a plethora of application areas, we mention only channel state prediction, signal-to-noise ratio, mean-square-error, symbol and frame estimation, as well as carrier phase, carrier frequency, and carrier amplitude estimations. Yet, the Cramér-Rao lower bound has severe limitations and shortcomings. Despite these disadvantages, the CR bound continues to find widespread application as the quality measure of choice in prediction, estimation and detection research and in engineering practice. This is probably because known alternatives to the CR bound are considered highly complex and are thought to be much less simple to apply to practical problems in prediction, estimation and detection. The CR bound is universally expressed in discrete time with the number of “independent samples” as a parameter. Meanwhile, the number of independent samples is dictated (and without compromise) by the bandwidth and the frequency characteristic of the filtering in the circuitry, and the performance of the CR bound is dependent on the signal characteristics. 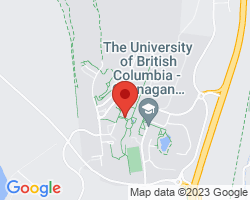 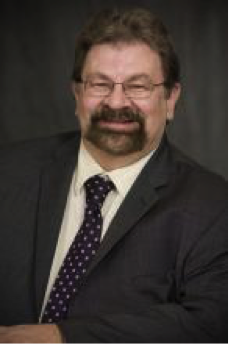 Dr. Norman C. Beaulieu received the B.A.Sc. (honours), MASc., and Ph.D. degrees in electrical engineering from the University of British Columbia, Canada in 1980, 1983, and 1986, respectively. He was awarded the University of British Columbia Special University Prize in Applied Science in 1980 as the highest standing graduate in the Faculty of Applied Science. Dr. Beaulieu was a Queen's National Scholar Assistant Professor with the Department of Electrical Engineering, Queen's University, Canada from 1986 to 1988, an Associate Professor from 1988 to 1993, and a Professor from July 1993 to 2000. In 2000, he became the iCORE Research Chair in Broadband Wireless Communications at the University of Alberta, Edmonton, Alberta, Canada, in 2001, the Canada Research Chair in Broadband Wireless Communications, and in 2010 the AITF Research Chair in Broadband Wireless Communications. Dr. Beaulieu received the Natural Science and Engineering Research Council of Canada (NSERC) E.W.R. Steacie Memorial Fellowship in 1999. He was elected a Fellow of the Engineering Institute of Canada in 2001, a Fellow of the Royal Society of Canada in 2002 and a Fellow of the Canadian Academy of Engineering in 2006. In 2004, he was awarded the Medaille K.Y. Lo Medal of the Engineering Institute of Canada. He was awarded the Thomas W. Eadie Medal of the Royal Society of Canada in 2005, as well as the Alberta Science and Technology Leadership Foundation ASTech Outstanding Leadership in Alberta Technology Award. He was the 2006 recipient of the J. Gordin Kaplan Award for Excellence in Research, the University of Alberta's most prestigious research prize. Dr. Beaulieu is listed on ISIHighlyCited.com and was an IEEE Communications Society Distinguished Lecturer in 2007/2008. He is the recipient of the IEEE Communications Society 2007 Edwin Howard Armstrong Achievement Award. Dr. Beaulieu is the recipient of both the 2010 R.A. Fessenden Silver Medal and the 2010 Canadian Award in Telecommunications. In 2011, he was awarded the IEEE Communications Society Radio Communications Committee Technical recognition Award, and in 2013, the Signal Processing and Communications Electronics Technical Committee (Inaugural) Technical Recognition Award. In 2014, he was awarded the IEEE CTTC (Communication Theory Technical Committee) Personal recognition Award, and in 2015, he was recruited as the “Thousand Plan Professor” by Beijing University of Postal & Telecommunications in China.