Lecture given by Peter van der Made, BrainChip Inc.

The talk will describe the speaker's experience in going through the process of creating and establishing 3 technology driving companies. The first was PolyGraphics, a graphics accelerator for the IBM PC in 1981 – with a resolution of 1200 x 900 and 4096 colors, and a pixel write time of 10 ns – using a RISC processor of my own design for each bitplane it was way ahead of its time. That company was funded by organic growth – putting product sales back into growing the company. The next company vCIS was a computer auto-immune system. It was able to find near 100% of viruses, worms and other malware without any database or updates. IBM bought that company. It was funded by VC (Venture Capital) money. BrainChip was started in 2004 and went public in 2015. The first 10 years were funded by the money made in the previous companies. Three very different funding models. An interesting subject for anyone who is thinking of starting their own business. 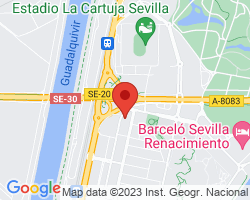 Peter started his career in 1974, after completing an electronic engineering course at the Technical University in Amsterdam. Because of his interest in digital electronics he started work at Sperry Univac in Sydney, Australia. Sperry Univac realized his potential and sponsored him to attain qualifications in digital electronics in NSW, Australia. After that he worked on large-scale computers and peripheral equipment, before being dispatched to Port Moresby where he was awarded the function of Computer Service Manager. In that position he was responsible for the maintenance of large computer equipment, as well as performing training of local graduates employed by his department. During his time at Univac he developed a keen interest in the then new microprocessors. He purchased an Altair 8008 to use at home. He joined Olivetti when an opportunity presented itself to dive deeper in microprocessors, to develop programming and design skills. Over the next few years he worked at several major companies and became familiar with chip design.

During the early months of 1980 he designed a graphics accelerator, which was later used in the IBM PC. This graphics accelerator had a resolution of 900 x 1200 pixels in 4096 colors and used a 20 inch screen. The graphics processing core was clocked at up to 120 MHz. – pushing the boundaries of the technology at the time This graphics device was well ahead of its time, and PC based CAD programs did not appear until the IBM PC/AT was introduced.

From 1988 to 1994 he worked at a university teaching computer science and digital design. After 1994, Peter turned his attention to the growing problem of computer malware with the development of a new detection method based on real time behaviour analysis. This work resulted in three granted patents.

By the end of the millennium he had created a working prototype of the ‘Analytical Behaviour Method’, a system in which new programs are analysed in a ‘Analytical Virtual Machine’. By 2002 the company was sold to Internet Security Systems (now IBM) in Atlanta, with great benefited to the shareholders.

BrainChip was founded in 2004, initially as vWISP, with the aim to develop a better computational method for machine recognition. Initial experiments were focused on massive parallel processing, using many cores and software. In early 2006 the company changed course, and started the development of hardware circuits that process information in a similar manner as the brain. Much time was devoted to the synapses, these tiny spots that occur on the body of neural cells in the brain. These tiny devices hold the key to learning and brain structure. This development was driven by the fact that the brain is the ultimate recognition engine. When we look at a scene we instantly recognize objects in that scene. Furthermore, when we don’t recognize an object, we learn about it in the context of things that we already know. The brain has a very different structure to a computer.

The research and the path to this new computational structure is documented in a book, published in 2012, called “Higher Intelligence”. This work has culminated in the BrainChip SNAP (Spiking Neuron Adaptive Processor) technology, an electronic device that learns autonomously and extracts features from an input stream.