The anterior cingulate cortex as a substrate for pain-induced depression: molecular, electrophysiological and optogenetic evidences

Besides chronic stress, chronic pain is a prevalent determinant for depression. Changes induced in specific brain regions by sustained pain may alter the processing of affective information, thus resulting in anxiodepressive disorders. The anterior cingulate cortex (ACC) appears as a critical hub for mood disorders, including for the anxiodepressive consequences of chronic pain, and could constitute an important target for divulging the underlying mechanism. Dr. Yalcin will present their recent molecular, electrophysiological, optogenetic and behavioral evidences concerning the critical role of the ACC in the anxiodepressive consequences of chronic pain. 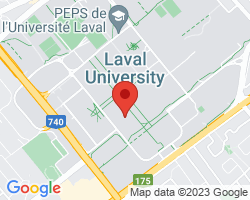 : Following her pharmacy degree, Dr Ipek Yalcin ambitioned to work in the Neuroscience and Psychiatry research field.  She joined Pr. Belzung’s lab in the University of Tours in France, where she was trained as a behavioural neuropharmacologist and obtained her PhD in 2006. During this training, she worked on preclinical modelling of depression in mice and antidepressant drug mechanisms. During her postdoctoral studies at CNRS in Strasbourg, she focused on the use of antidepressant drugs in neuropathic pain and she acquired an expertise in the pain field. In 2010, she obtained a tenure researcher position at CNRS. Currently, she focuses her work on mood disorders resulting from chronic pain by bringing together her PhD and postdoctoral expertise on a new and independent research axis in the laboratory of “Neuroanatomy, pain and psychopathology » that she is co-directing with Dr. Barrot. Since her recruitment, she has supervised several master and PhD students financed by the Erasmus-Mundus program or governmental supports. She has 40 publications and one patent. She has lately been awarded a Young Investigator Award from NARSAD and medal bronze from CNRS.