Walid Ali-Ahmad is currently with Facebook Connectivity team as Connectivity Specialist and RF/Analog lead, with focus on 5G, WiGig, Microwave, and mmW Radio Architecture & Systems Design for Connectivity & VR Systems. From July 2014 until December 2017, he was a VP of Technology at Qualcomm, Inc, and was involved in the architecture and RF systems design of advanced RF Front-Ends and transceiver systems for 4G and sub-6GHz 5G User Equipment (UE). Between January 2016 and Dec 2018, he was associated with UC San Diego as Visiting Professor in the ECE department, involved in 5G research and focused on Wireless RF systems engineering. Before July 2014, he was a senior director of Technology at Mediatek, and led the architecture and RF systems design of low-cost 2G/3G/LTE integrated transceivers and SoCs for China market feature phones and smartphones. He was a visiting professor in the ECE department at UC San Diego during Winter term 2016, and was an associate professor in the Electrical Engineering department at the American University of Beirut between Sept 2004 and Sept 2007, with focus on applied electromagnetics and communication circuits and systems. Between July 1997 and July 2004, he was a principal member of Technical staff at Maxim Integrated products, and led the systems development of the first low-cost low-power WCDMA direct-conversion transceiver IC in SiGe BiCMOS. He holds several patents in the area of RF front-end tuning, and has published many articles and given many talks in the area of RF systems design for cellular and millimeter-wave radio systems. He is a senior IEEE member and an IEEE distinguished microwave lecturer for the 2017 – 2019 term. He has been part of the IEEE RFIC conference technical program and steering committees since 2004; he was the general chair of the RFIC 2018 conference, held in Philadelphia, and currently, is serving on the RFIC conference executive committee.

Advanced RF FrontEnd and Transceiver Systems Design Overview for Carrier Aggregation based 4G/5G Radios
Over the past few years, there has been an explosion in the mobile data usage due to increasing number of tablets and smart phones. To support such demand, wider transmission bandwidths are needed, and hence, the technique of Carrier Aggregation (CA) has been introduced in 4G cellular systems. This enables scalable bandwidth expansion beyond the single LTE carrier by aggregating two or more LTE component carriers of similar or different baseband bandwidth, which can be chosen from the same (intra-band) or different (inter-band) 3GPP frequency bands. Furthermore, CA is supported by both FDD and TDD modes, and this offers the optimum flexibility in the way the spectrum is utilized and how the network scheduling is configured. In order to push towards 5G data rates (>1Gbps), leveraging more antennas and transmitting more bits per symbol to increase spectral efficiency requires the use of MIMO and higher-order modulation techniques. This presentation focuses on discussing the RF system architectural challenges for LTE-Advanced and sub-6GHz 5G NR based user equipment (UE) radio, and the resultant increased complexity in the radio due to the use of CA, MIMO, and higher order modulation techniques; furthermore, concurrency and coexistence scenarios with other radio access technologies (RAT) are considered in how they further add to the complexity of the RF frontend and to its linearity requirements. 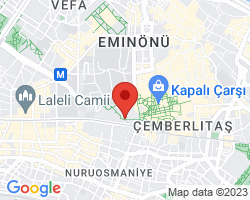