The History of the 6502 Processor.. Or How Your Spreadsheet Died From Dysentery...

Some of us are old enough to remember our first computer being the one of the Atari Game Systems, Atari 400 or 800, some form of Apple II, or the Commodore Vic 20 or C64.

There are fascinating histories behind the creation of the heart of most personal processing systems back in the late 70s and early to mid 80s.

We won't focus on Intel's 8080, the heart of the Altair, the first personal computer, and the computer that helped to spawn the HomeBrew Computer Club. Instead, we'll start with Chuck Peddle, a microchip designer who left Motorola because the company didn't want his idea of a stripped-down processor to eat market share away at their $300 68XX chip family.

Chuck jumps to MOS Technologies, and develops the 6502 Microprocessor, on sale for $25 in quantities of one.

It is this price point that attracts Steve Wozniak to build a working personal computer on plywood to plug into a TV called the Apple I, to show off at the HomeBrew Computer Club. Fifty Apple I circuit boards were sold for $666.66 each (roughly $3k today). Woz's friend Steve Jobs thinks they could make a business selling pre-assembled computers, "1000 a week."

There may be 8-bit machines on display (Atari | Commodore | Apple).

Some time may be allocated to let others reminisce about their '6502 moments.'

Food and drinks will be provided. 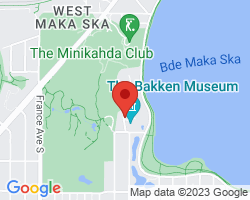 The History of the 6502 Processor.. Or How Your Spreadsheet Died From Dysentery...

A developer for almost 25 years, starting out with Excel macros and parlaying those skills to an entry-level development position. From VB3 to Ruby (with a stint of .NET and Java in between). Ben is now contracting with specializations in Ruby, Python, and database migration.