IEEE Power & Energy Society Vancouver Chapter is pleased to announce a distinguished lecture on "Sub-synchronous Currents Damage 500 kV Shunt Reactor" by Dr. Mukesh Nagpal. The chapter kindly invites all PES members and guests to attend this presentation. Please also feel free to extend this invitation to those who you think would be interested in this presentation.

WebEx information cannot be posted here and will be sent by email to our mail list as per updated IEEE rules. Please contact host for more details.

Synposis of the talk:

On March 31, 2019, a 500 kV air-core, shunt reactor at BC Hydro’s Mica generating station was severely damaged shortly after four unit transformers were simultaneously energized from a 500 kV series and shunt compensated line source. Forensic investigations revealed that the controlled switching system, controlling the instant at which each breaker phase closes during energization to minimize inrush current, had failed. Uncontrolled closing led to under-damped, high-magnitude and sub-synchronous currents; predominantly about 20 Hz ferro-resonant currents in transformers and about 9 Hz resonant currents in the air-core line shunt reactor. Protection tripped and isolated the four transformers, followed shortly by shunt reactor protection tripping. Before the reactor could be isolated by circuit breakers, a damaging internal fault developed. Deep understanding of the sequence-of-events and root cause of failure were crucial because they enabled safe re-energization of the generating station within in days of the event and in-turn alleviated system reliability and regulatory concerns while the plant was not available.

This presentation describes the sequence of events, presents forensic evidence to support conclusions made and shares valuable lessons learned on pitfalls of applying point-on-wave technology in a complex system. 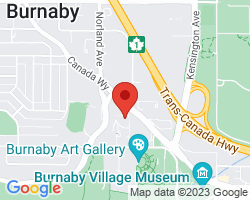 Dr. Mukesh Nagpal is a Senior Member and distinguished lecturer of IEEE Power and Energy Society, Adjunct Professor at University of British Columbia, Vancouver, BC, Professional Engineer in the Province of British Columbia and Fellow of Engineers Canada. He received the Ph.D. and M.Sc. degrees in electrical engineering from the University of Saskatchewan, Saskatoon, SK, Canada. Currently, he is a Principal Engineer/Manager with the Protection and Control Planning Group within BC Hydro Engineering, Burnaby. He has more than 30 years of experience in electrical consulting, utility research, and power system protection. Dr. Nagpal has written about 50 technical papers on power system relaying and contributed to several ANSI/IEEE sponsored standards or guides on relaying practices.

In 2016, the Association of Professional Engineers of British Columba conferred Dr. Nagpal with its highest engineering honour, the R.A. McLachlan Memorial Award, for his exceptional leadership in developing practical and effective ways to connect renewables to the grid. He also received the Vancouver IEEE-PES Chapter’s 2016 Outstanding Engineer Award.