Professionals and Students, welcome to an opportunity to network and review recent research by our Distinguished Lecturer, Dr. David G. Long, Director of BYU Center for Remote Sensing and Professor of Electrical and Computer Engineering at Brigham Young University. 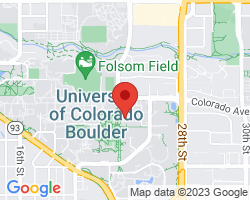 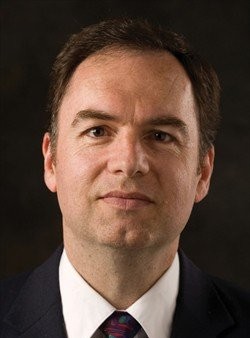 Remote sensing is the study of the environment from a distance. Recent developments in

sensors. This talk focuses on the applications of a class of active microwave remote

several nations including, the U.S., ESA, India, and China. Wind scatterometers are

satellite radars designed to measure near-surface vector winds over the ocean. The

scatterometer does not directly measure the wind. Rather, it measures the normalized

radar backscatter (so) of the surface. Then, from multiple so measurements, the wind

blowing over the ocean's surface is inferred. Scatterometer wind measurements have

sensitive to wind, but also to the adverse effects of rain. However, this sensitivity can be

Scatterometers also collect so measurements over land and ice. While the low resolution

(25 km) of the scatterometer measurements can limit their utility in land and ice studies,

reconstruction processing enables the generation of enhanced resolution so images from

of studies of polar ice and tropical vegetation. In particular enhanced resolution

rain forest and desertification. Over the glaciated regions of Greenland and Antarctica,

warming conditions. The contrast between ocean and ice scattering enables tracking of

major Antarctic icebergs in all weather conditions. In this talk, a brief overview of

Dr. Long received the Ph.D. degree in Electrical Engineering from the University of

Southern California early in 1989 after previously receiving the B.S. and M.S. degrees in

Electrical Engineering at Brigham Young University in 1982 and 1983, respectively.

in the Radar Science and Engineering Section. He was responsible for the design and

1996. He was a Group Leader in the Radar Systems Engineering Group at JPL were he

systems including NSCAT, SIR-C, and Magellan. He was the original Experiment

Manager for SCANSCAT (now known as SeaWinds, it was first launched in 1999 on

QuikSCAT, again in 2003 on ADEOS-II, and again as RapidScat on the International

Since 1990 Dr. Long has been on the faculty of the Electrical and Computer Engineering

department (www.ee.byu.edu) at Brigham Young University (www.byu.edu). He is full

Remote Sensing Laboratory (www.mers.byu.edu). Since 2012 has been an Associate

Dean of the Ira A. Fulton College of Engineering and Technology (www.et.byu.edu).

The meeting with have a short discussion of upcoming activities and include a snack.