Security of the Internet of Things (IoT): Are We Paranoid Enough?

The session will help IoT enthusiasts understand the challenges of security implementation at the hardware level for modern electronic hardware. 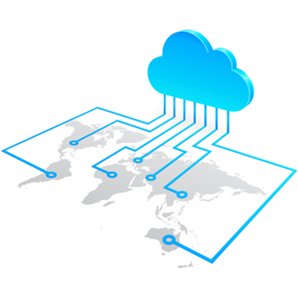 Security has become a critical design challenge for modern electronic hardware. With the emergence of the Internet of Things (IoT) regime that promises exciting new applications from smart cities to connected autonomous vehicles, security has come to the forefront of the system-design process. Recent discoveries and reports on numerous security attacks on microchips and circuits violate the well-regarded concept of hardware trust anchors. It has prompted system designers to develop a wide array of design-for-security and test/validation solutions to achieve high-security assurance for electronic hardware, which supports the software stack. At the same time, emerging security issues and countermeasures have also led to interesting interplay between security, verification and interoperability. Verification of hardware for security and trust at different levels of abstraction is rapidly becoming an integral part of the system design flow. The global economic trend that promotes outsourcing of design and fabrication process to untrusted facilities coupled with the prevalent practice of system on chip design using untrusted third-party intellectual property blocks (IPs), has given rise to the critical need of trust verification of IPs, system-on-chip design, and fabricated chips.

The talk will also cover a spectrum of security challenges for IoTs and describe emerging solutions in creating secure trustworthy hardware that can enable IoT security for the mass.

Since this will be a virtual event we will relay the connectivity information later to individual registrants on their email addresses. 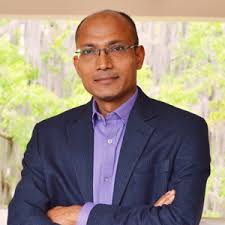 Swarup Bhunia of U. of Florida NSF SFS Program

Dr. Bhunia has been serving as founding editor-in-chief in Journal of Hardware and Systems Security (HaSS), an associate editor of IEEE Transactions on CAD (TCAD), IEEE Transactions on Multi-Scale Computing Systems (TMSCS), ACM Journal of Emerging Technologies (JETC), and Journal of Low Power Electronics (JOLPE). He has served as a guest editor of IEEE Design & Test of Computers (2010, 2013), IEEE Computer Magazine (2016), IEEE Transcation on CAD (2015), and IEEE Journal on Emerging and Selected Topics in Circuits and Systems (2014). He has served as co-program chair of IEEE IMS3TW 2011, IEEE NANOARCH 2013, IEEE VDAT 2014, and IEEE HOST 2015, and in the technical program committee of Design Automation Conference (2014-2015), Design Automation and Test in Europe (DATE 2006-2010), Hardware Oriented Trust and Security Symposium (HOST 2008-2010), IEEE/IFIP International Conference on VLSI (VLSI SOC 2008), Test Technology Educational Program (TTEP 2006-2008), International Symposium on Low Power Electronics and Design (ISLPED 2007-2008), IEEE/ACM Symposium on Nanoscale Architectures (NANOARCH 2007-2010), IEEE International Conference on VLSI (ISVLSI 2008-2010), International Conference of VLSI Design as a track chair (2010) and in the program committee of International Online Test Symposium (IOLTS 2005). Dr. Bhunia has given tutorials on low-power and robust design and test in premier conference including International Test Conferences (ITC 2009), VLSI Test Symposium (VTS 2010), and Design Automation and Test in Europe (DATE 2009). He is a distingusihed ACM speaker and a senior member of IEEE.