Members: This meeting is for Executive Committee Members Only.

Our next regular section meeting will be held October 27th at the University of Cincinnati.

Minutes of the meeting:

The reading of the Secretary's Report of the minutes of the Executive Committee meeting of 17 August 2016 was read. Jay Perin moved and Ted Longshore seconded that the minutes be accepted as read, passed by unanimous vote.

The Treasurer's Report was read by read by Fred Nadeau, showing a balance of $31,861.40 in the checking account as of 30 September, and $51,425.34 in the Investment Fund as of 31 August (the last date for which a balance is available). IEEE has a new deadline of end of January for reports. It was noted that Student Chapter reports need to be submitted as well as the Section reports. Phil Wilsey will get details for UC, and Chi-Hao Cheng for Miami University. Ted Longshore moved and Jay Perin seconded that the Treasurer's Report be accepted as read, passed by unanimous vote.

Fred has revised the Treasurer's Handbook for the next treasurer's benefit.

Old business:
Scholarship: Steve Olenick reported that 3 scholarships were awarded, and checks sent to the UC Bursar on their behalf. A new scholarship procedure has been prepared and was presented to the meeting for use starting next year.

The election of officers was discussed and the nominating committee submitted a list of candidates:
Chair: Mark McCloy was suggested but he has to be asked and agree
Vice Chair: Adam Ward
Secretary: Steve Fridrick
Treasurer: Jay Perin
Member-at-Large: Ralph Campbell

An announcement will also be made at the Section meeting to solicit any further candidates.

It was noted that we need to determine how to access the election results.

The next ExCom meeting is scheduled for 11 January 2017.

Future meeting topics were discussed, including
The election procedure and deadlines are as follows:

Ralph Campbell moved and Phil Wilsey seconded that the meeting adjourn at 8.21pm. 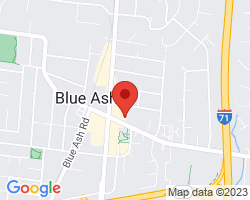